Origin of the Heremans-Ceusters strain

Since the end of the last century the Mecca of speed (short distance) racing in Belgium has been the town of Vorsselaar, where the tandem of Leo Heremans and Charel Ceusters ruled with an iron fist at the short and middle distances racing. In the Antwerp Union, also known as the "University of the pigeon sport", the Heremans-Ceusters were unbeatable when it came to their ability to orient quickly and pure speed racing. Many 1st prizes and many results with a series of pigeons at the top, along with the accompanying championships and ace pigeons, up to and including the National level are a noteworthy testament to their unheard of dominance.
Being a diamond cutter by profession, Leo Heremans had an eye for refinement, which he has used to its fullest in the development of the Heremans-Ceusters strain. A granddaughter of the "Sony" (Houben) together with the "Goede Witpen" (18 x 1st) were super breeders from the very start. An important new impulse came with the purchase of a round of youngsters from Maurice Hassendonckx, breeding in partnership with Gert Lauwerijs out of his two brothers to the "Kannibaal" (Van Dyck), two brilliant hens from Jan Diels and the closing of the deal with Gust Jansen to breed with the "Olympiade" (2nd National Ace Pigeon KBDB and Olympiade pigeon) on both of their breeding lofts, resulted in performances and wins, that really began flowing in their direction, like a raging torrent. Especially on the Quievrain and Noyon races it seemed like no one could compete against the "best speed pigeons" of the time. Particularly in Holland the performances of the Heremans-Ceusters did not go unnoticed and pioneers such as Willem de Bruijn and Ad Schaerlaeckens obtained pigeons from Vorsselaar for their lofts, which immediately resulted in fantastic victories. Hans and Evert-Jan Eijerkamp shortly thereafter made sure that the jewels of the Heremans-Ceusters strain found new accommodations on the breeding lofts at Greenfield Stud.

Introduction of the Heremans-Ceusters strain at Eijerkamp After the very successful breeding results with the first Heremans-Ceusters obtained by Willem de Bruijn, he told his friend Hans Eijerkamp about the quality and class of this colony. In the winter of 2005 Team Eijerkamp travelled to Vorsselaar to see for themselves the quality of these pigeons, to say they were impressed is an understatement. In 2006, 50 youngsters moved to the Eijerkamp young bird race team and another 30 moved to the breeding loft. That year the direct Heremans-Ceusters on the race team provided for two first prizes against thousands of pigeons and "Finette" earned a spot on the Dutch team representing the Netherlands at the Dortmund Olympiad. When Hans and Evert-Jan Eijerkamp heard that Heremans-Ceusters were planning on selling their entire colony, they quickly ordered another forty first round youngsters. The men from Brummen then set their sights on the total sale of 2007, which for both Leo Heremans and Hans and Evert-Jan Eijerkamp became a historical event. Most of the top pigeons from the Heremans-Ceusters loft moved to Eijerkamp. The center piece being the acquisition of the "Euro" who twice was the first National Ace Pigeon and the Best Pigeon of the Western European Countries Cup. For €28,800 he was moved to the Greenfield Stud. Besides the "Euro" the wonder pair of "Rossi" x "Spinneke" also came to Brummen for €43,200. They had bred many fantastic 1st prize winners for Heremans-Ceusters, a tradition they are carrying on, without missing a beat, at the Greenfield Stud. Other acquisitions by Eijerkamp were: "Moeder Euro", "Charlene" (top pigeon "Olympiade"), "Peter" (2nd National Ace Pigeon Vitesse (speed- short distance), "Goochelaar" (father "Rossi"), "Mysterious"(super pigeon "Olympiade") and the icon "Jackpot", who apparently is the best son that the "Olympiade" has ever produced and has become an outstanding breeder for the Eijerkamp lofts. During the total sales of Leo Heremans in 2013 we bought for 210,000 Euro "Nieuwe Olympiade" and some of his siblings.

Tokyo is the capital of Japan. 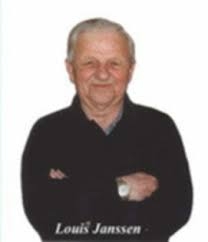